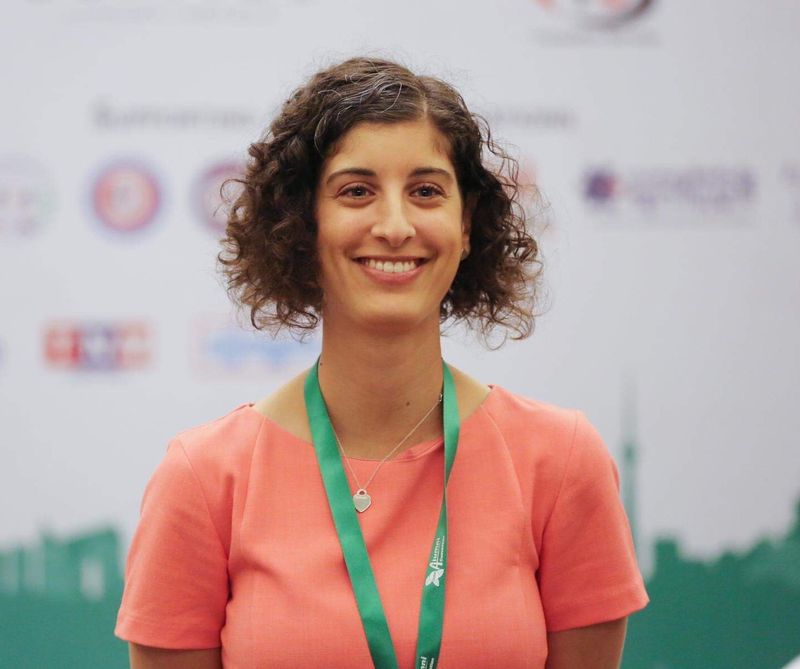 Throughout Yasmine’s childhood, she loved school and saw the value of diverse forms of education. After university, she moved to Cambodia and worked in communications for an international education company, IDP Education. Her diverse experience and unquenched curiosity has led her to in North America, Asia, and Europe with a particular focus on the education sector. Yasmine was also on the selection panel for the New Zealand Scholarship recipients. She has also mentored countless young people, particularly Cambodians throughout their scholarship application process and other opportunities.

What is your opinion about the difference of attitude towards digitalization in the education sector in different countries?

I think digitalization is necessary for the advancement of education. COVID-19 has accelerated that at a rate nobody could have predicted but also brought on new challenges. Along the way, refinement is definitely necessary but that will take time and lots of trial and error.

Just like with any country and any culture the perspective is very different. The other side of the coin is access to technology and digital literacy. I think because of these varying perspectives and accessibility we have a lot to learn from one another, both on what works and what doesn’t when it comes to the way we are using digitalization to educate students.

In Cambodia, where I lived and worked for 3 years, digitalization has had an incredible impact but access to the internet and the resources are limited in the rural areas which is most of the country. Somewhere like the US, might on the surface have an easier time accelerating digitalization yet millions are left behind. In a time like COVID where the internet can be the difference between being able to be taught by your teacher or not, it creates an even deeper divide in education and in-turn future opportunities and your life outlook.

Schools and colleges are seeking ways to create an integrated solution to fulfill the educational demands of all students, including students coming from diverse backgrounds. So, is the shift only towards digitized strategies or is there a need for other concepts of schooling?

There is a huge need to reboot the approach to education and I believe that higher education will take the lead as market demands and decisions change. A four-year undergraduate degree will have a new flavor, sooner rather than later.

As we move forward, I see two major educational approaches necessary. One being the way we learn should be more experimental and the tools to be able to actively be a lifelong learner and instilling that value at a young age. I will elaborate more on this in the next question.

Is there an education system that has been established to be the right standard for education across the world? Or do you think that there is still a need for reform and rethinking in the education system?

This is a really tough question to answer because there's a lot of factors to account for. One needs to take into account the diverse qualities of people, regions, and cultures. Education needs a make-over globally both in what we are teaching and how. From a reform standpoint, there need to be major extensive updates to what we are actually teaching our kids and an evaluation on how that brings value to their present and future paths.

As I mentioned earlier, experimental learning or this idea of learning by doing will help provide practice applications of what young people learn and engage them in the real world at a younger age. The second skill being able to learn how to learn is relevant because our world is changing so rapidly there's no way what you learn in your youth is going to be valuable in the second half of your life. We are already seeing this now with so many young people studying X and then working in a very different field. So much practical learning comes from internships, shadowing professionals, and hands-on applications. We need young children to be encouraged to be lifelong learners and to have the tools to figure out what they need to learn as they become adults and how they can find that information accurately.

What do you think will be the impact of digitalization on the education sector, especially in the new normal? Can you give some examples of such digitalization processes?

There are a lot of possible impacts that digitalization can have on the education sector but one thing that I am hopeful about is that it will increase access. You know areas and regions that don't have the infrastructure yeah it will be hopefully accelerated and you'll see more students having access to a wider range of education tools. But on the other side, there’s the issue of the lack of social skill development and human interaction that is going to be especially challenging and it's not just till this pandemic it under control but it's really long-term because those windows of development have been passed.

What about human interaction and education, what parts can be considered okay to digitalize, and how will the personal human interaction be integrated in the process? And how much do you think the impact of COVID harmed the present generation who are in schools and universities?

Right now the connection between human interaction and education is really unclear. We are now in the stage where a lot of data, best practices, anecdotes, and research is being done to figure this connection out. In the beginning, I think there's a lot of buzz and excitement around the potential of digital classrooms worldwide and I think as time has gone on students and teachers and those in the digital sphere most of the day are really seeing the downsides.

I would say a blended approach to education through digital tools is definitely ideal. We don't want our kids and students and those to be totally isolated in the digital world so ensuring that there are still ways whether during a pandemic or whether things start to merge to be more of a hybrid model that students are having access to human interaction as well.

To be honest I'm very worried about this generation that's currently in the school system particularly the younger age groups where social skills and development are so crucial during a peak. How this positively and negatively affects students 10, 20, or 50 years down the line we won't know till then but there has definitely been an impact and I sadly believe that the majority of that will be in a negative way.